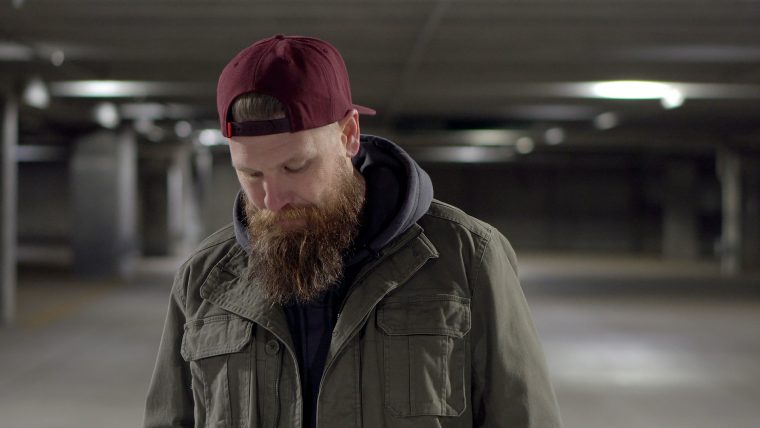 The Top 5 Negative Traits of a Virgo Man (and How to Neutralize Them!)

Anna here again, and there’s something a lot of my clients are interested in knowing. Sometimes their Virgo men can be very frustrating, and they just can’t figure them out. Well, I’m here to break down the Virgo man’s most common negative traits—and tell you exactly how to handle them!

Before we start, it’s important to know that Astrology is an ancient art used by the greatest of philosophers to predict the future.

Kings and queens have been using Astrology forever to matchmake their heirs, and Vedic Astrology is extremely prominent in India, where many people won’t marry unless their Astrology complements that of their partner.

So, get ready to learn all about Virgo’s negative traits, and stop them in their tracks.

1. This Trait Will Drive You Nuts

Virgo is ruled by the planet Mercury—and Mercury carries with it nervous energy passed on to Virgo. With this nervous energy, Virgos can become extremely critical.

Virgos need to have everything in place. Everything needs to be perfect for these guys, and if they perceive something as being off, they will criticize.

These are not the type of men you ask, “Honey, does my bum look big in this?” They won’t wait for you to ask—they will just straight out say, “Sweetie, you really need to hit the gym, look at your bum.”

He doesn’t mean to be nasty—he thinks he’s helping!

This trait can really hurt your feelings because sometimes his comments are so unexpected.

You need to sit down with him and say something like, “I appreciate that you’re always honest with me and only want what’s best for me, but sometimes your comments really hurt my feelings. Remember when (describe the situation)? Next time, say it gently or don’t say it all. Wait for me to ask. “

Then the two of you can have a mature conversation about it, and over time he should become less critical. 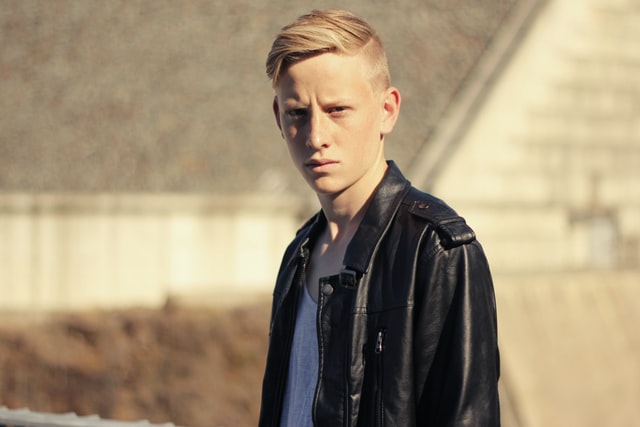 2. This Trait Will Leave You Feeling Lonely

Virgos are workaholics. They will not come home until every task is checked off their list and every problem is solved at the office. It’s probably no surprise that Virgos have a reputation for being “Employee of the Month.”

He may even bring work home at night and on the weekends.

Now, you need to realize that his work is very important to him, and you shouldn’t interfere, but if he starts writing emails on his mobile while you’re on dates and has no time for you, you need to have this mature conversation…

You need to sit down with your Virgo man and simply say, “Honey, I see you are inundated with work and don’t have much time for us right now. So, I’m going to go out with my friends more and do things I need to do while you’re busy. But in the meantime, can you please look at your calendar and find some “us” time? I’ll get back to you when you’ve sent me your schedule.”

This may seem a bit harsh, but it accomplishes two important things. First, you’re telling him you have high standards and aren’t willing to be ignored.

Second, he gets to do his favorite thing in the world—which is creating routine and structure. It’s his homework, and he can relate to it.

Expect the calendar within a week, and get busy with your own life in the meantime! 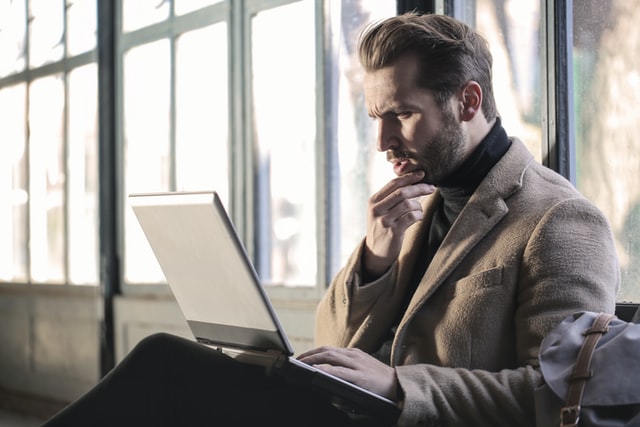 3. The Trait You Pity Him For

Virgos have naturally obsessive-compulsive personalities. Again, everything has to be neat, orderly, and perfectly in place.

Think about Virgos Keanu Reeves, Tom Hardy, and even the late Michael Jackson. Everything with them is so organized and precise.

Virgo men will naturally wash their hands a million times a day and freak out if anything is out of place. It shifts their balance.

When he is with you, he watches everything you do and orders you around.

If this gets overwhelming, here’s what you do…

The best thing to do here is not let it get under your skin. Some Virgo men are the most brilliant people on Earth, and there may be some things you can learn from him!

He washes and keeps clean and makes sure the house always looks beautiful. If he asks you to do the same, just do it!

If it gets a bit out of hand, let him know it’s excessive, otherwise you’re gonna have a really clean environment, and what’s so bad about that?

Read next: Picky Virgo Man: Why Is He so Demanding? 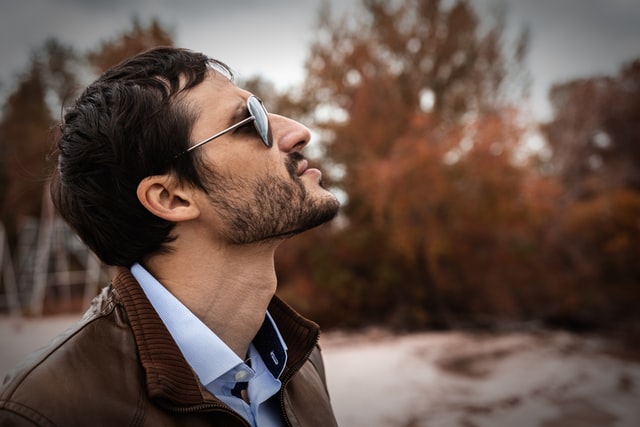 Virgos are known for their love of keeping in shape, exercising, and eating healthy. This can get out of hand, though.

It is very common to have a Virgo boyfriend who spends hours at the gym six days a week. And when you come over for something to eat, he may only have lettuce, nuts, and mineral water in the kitchen (ugh!).

Dinner dates can leave you nervous as he orders his grilled chicken, brown rice with tofu, and sparkling water, when all you want is a juicy cheeseburger with fries and a soda.

Always being reminded of the ways you contrast with him—maybe you don’t work out often and love the occasional greasy meal—would make anyone insecure!

This one’s easy: compliment him! Whenever you’re together, squeeze his arms and say things like, “Wow, your workouts are really showing. I’m impressed,” with a smile.

If you’re out for dinner, don’t be nervous about ordering what you want. Say things like, “Babe, I always look forward to our dinner dates. I’ve been waiting all week to bite into a juicy burger and spend time with you.”

This approach will make it harder for him to criticize you, and he may even find it cute. Just don’t put on too much weight, otherwise he might toss you on the back of his bike and haul you to the gym with him!

Read next: My Virgo Man Is Judging Me All the Time—What Do I Do? 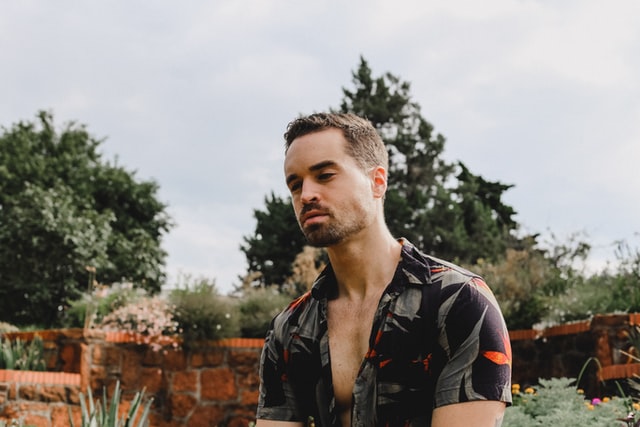 5. The Trait That Limits Your Relationship

Virgo men are introverts. They like to keep to themselves as much as possible. Most of the time you spend together will be at home or possibly in nature with no one around.

Sure, that’s romantic, but you want more. Maybe you want to go to trendy nightclubs or to the movies more often—just regular couple things. But more often than not, he’ll just want to Netflix and chill.

Ok, it’s really important to do things here in baby steps. Your Virgo man is not just going to suddenly flip from hiding in his shell to taking center stage at the club.

Start off by inviting mutual friends and having dinners together at trendy restaurants where you know he can find a dish he’ll love.

Then take him to dancing spots with a mature vibe that play the music he loves.

Buy tickets to see his favorite band. Treat him out once in a while. Once he realizes that he has fun in the outside world with you, he will want to socialize more.

Just remember, he needs at least a couple of days during the week to recharge his batteries on his own, so give him time to do his own thing.

This advice should help you understand your Virgo man more, and next time he gets on your nerves, you’ll know just what to do! ?

Take this simple quiz to see if you and your special Virgo are compatible!