Virgo men are strong and independent. They are NOT perfect by any means. No one is. What are some of Virgo man’s weaknesses perceived by women that love them? Here are the top five:

Whether it’s the newscaster on television or the woman he loves, he’ll find what that he thinks needs improvements. Even when he’s watching television, he will keep expressing his opinion as though it’s knowledge.

While he nitpicks things to death, he also does this to himself. You may not ever actually see or hear when he does it but trust me when I tell you; he does. He knows he’s not perfect and as such, he’s always down on himself.

This can spill over into a relationship that is otherwise on a good track. He may make comments that he’s not good enough or he doesn’t know anything. The thing is, any other time, he seems to know everything.

Though he wants to pretend he has it all together and knows what he’s talking about, the truth is, he’s insecure just like the rest of us. He just doesn’t want anyone else to see it or know it.

Sometimes this can cause him to lash out on those he cares for by nitpicking what they’re wearing, how they drive, or how they clean something. It can be anything really. Just know that he’s full of it and don’t take too much stock.

2. Comes Off as Stoic

One of Virgo man’s weaknesses is that sometimes he seems almost like a statue. He’ll appear expressionless and have even less to say. He isn’t the most social of guys at times. He’ll sit back and just observe everything and everyone.

Even when he does go to a party or public place, he’ll people watch. He is fascinated by people watching. When he’s with his partner though; it seems like he’s being cold or callous.

He has his days where he just “isn’t feeling it” and so he’ll get really quiet. It’s not that he no longer cares. It’s just that he’s in a mood that makes him not want to talk a whole lot or interact physically even.

Everyone goes through moods but this guy can make your head spin at times. He will run hot and heavy then suddenly out of nowhere just be quiet, cold, or unresponsive. It’s confusing!

The good news is; if he loves you; you really have nothing to worry about. This is just how he is and as long as you can learn to accept it, you’ll be fine.

3. They Worry About Everything

One of Virgo man’s weaknesses is that they worry. About what you’re doing, how you’re behaving, what you’re wearing, where you are and even what you’re eating. He’ll also worry about if you’re safe or not.

Does that make him obsessed? No. It makes him a worry wart. He worries about everything in his life. He worries about his family, his friends, his job, how he presents himself to others, and anything else going on.

He won’t let you see that he’s concerned but trust me; he’s constantly analyzing and worrying about something you wouldn’t even think twice about. There is NEVER silence in a Virgo man’s mind.

In fact; he has internal battles that most people do not even understand. He won’t talk about them and naturally, he doesn’t want advice or help with it either so no use in asking. He’ll tell you if or when he wants to. 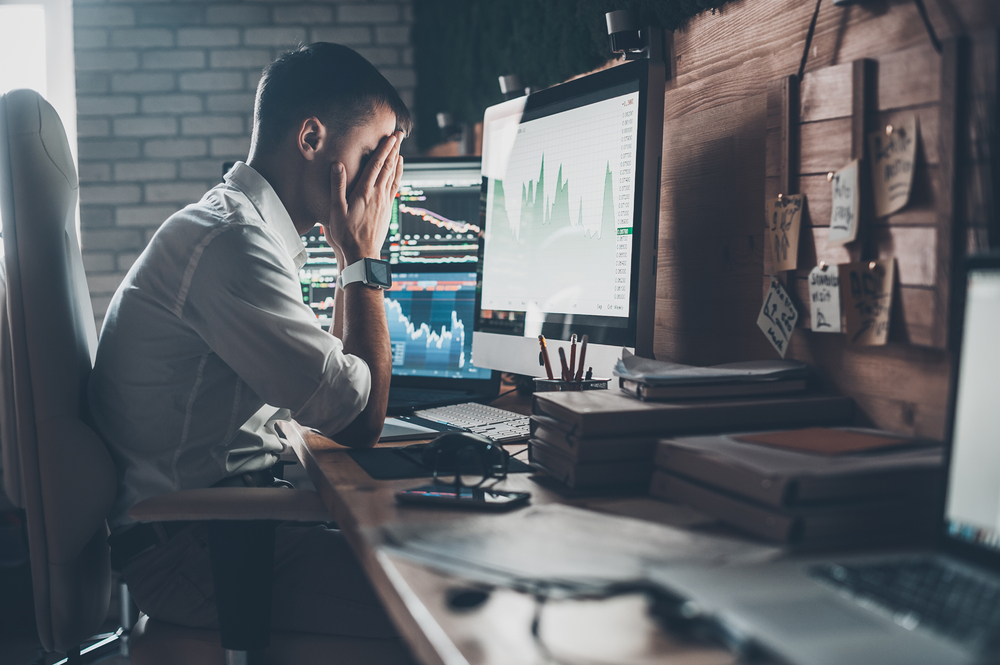 He is a very hard worker but there are many things, situations, and people that he procrastinates taking care of. He tends to have his head in the clouds and as such, he sits back and ignores things until he cannot hold out any longer.

This could cause him to not return phone calls or text you back right away. If he’s sitting around daydreaming or doing something he really likes, he’ll put your phone call on the back burner.

It’s not that he wants to ignore you really. It’s that he is in his “zone” and doesn’t want to come out until he has to. This contributes to some Virgo men becoming addicts to drugs, alcohol or other things in life.

He can even become addicted to things you wouldn’t think would be that big of a deal. Things like Cycling. He gets addicted to the feeling of the freedom and the adrenaline rush it gives him.

So all these feelings and thoughts tend to cloud the mundane things he needs to get taken care of. He knows he has to do them but he’ll put them off until it’s the deadline then rush to get it done. He WILL get it done though, for sure.

As much as a Virgo man wants people to think he knows who he is and what he’s doing; he doesn’t know anything nor who he is. He confuses himself half of the time.

He doesn’t always know why he does the things he does. He’ll analyze it like crazy and still may not come up with answers. This will make him be down on himself and can say things in front of his partner that make her feel bad for him.

The thing is; he doesn’t want any pity or sympathy. If you do that; he’ll get angry and regret he trusted you enough to say anything. It’s typically best to pat him on the knee and say “Yeah, I understand”.

Lord knows if you try to offer him some advice; he’ll be offended or ticked off that you are trying to tell him anything. Even if he secretly needs it; he doesn’t want it because it makes him feel like a loser.

He needs a woman who can be his rock and allow him to simply vent out his feelings when things are tough. Pump him up but don’t compliment him too much or he’ll be uncomfortable with that also.

What are some more do’s and don’ts with this guy? Click here to read more information on the Virgo man to help you figure him out!

What do you think are a Virgo man’s weaknesses? Let me know!