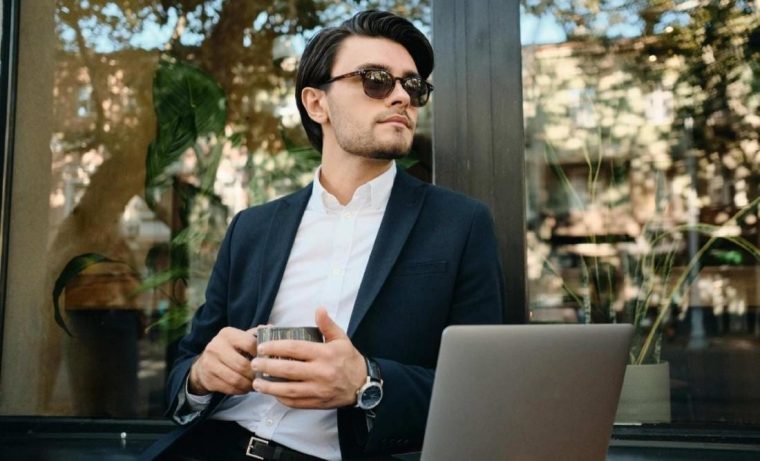 Hello, my darlings, how fare thee? Pleasant, I hope. Are you ready to discover what March holds for the Virgo man? You must be, since you’re here! Without further ado, let’s delve right in.

The beginning of the month puts the Virgo man in a very sensual and emotional mood. He will be open to expressing his feelings through kinky endeavors. Intimate settings and private quarters are the best options for dates right now…

The first Half-Moon puts him in an even more romantic mood, but his attention is scattered between his workplace and career success. His ruler Mercury is in Pisces, in its fall, so it’s making his mind hazy and mistake-prone. However, it does help him express his emotions and be more emotionally expressive through his acts of service to you, and his flirting.

Around the Full Moon, keep in mind that the best way to beat the Virgo man in his own (overthinking) game is logic. So, make the best use of logic and gratitude in order to subdue him into obedience. He’s burned out; he needs time to relax, digest, and recuperate. A good idea for this lunation is to express your gratitude to him and give him his space.

The end of the month could prove to be troublesome for his health, but whereas his love is concerned – only roses should bloom there. Possible trip to a scenic place that offers a fairytale touch in real life. Be as romantic as you want to be because his mind and his heart are aligned and he’s ready to receive love.

What Sweet Love You Have

The beginning of the month has Mercury (his ruling planet) locked in tight conjunction with Saturn in Aquarius, in the Virgo man’s sixth house. This means that his thoughts will be turned towards the past and future at the same time, but not to the present.

His mind is overloaded with memories and daydreams at this point in time, and his seventh house of long-term relationships and love is heavily accentuated through the New Moon conjunction with the Sun and Jupiter. Oh, and Neptune is there as well.

This means that he will experience a lot of new emotions; either a new love is on the horizon for the Virgo man, or he is discovering new depths in his already committed love story. Either way – it’s very romantic and fairytale-like.

His fifth house is also very illuminated! Mars, Venus, Vesta, and Pluto are making their mark in Capricorn. This means that the Virgo man will find a way to express his deepest fantasies and desires in real life.

It’s a good idea to spend time in intimate settings, in person. Texting or chatting via apps can lead to a distorted image of him right now, as his mind and verbal tones are too influenced by Saturn. It’s better to get to know him in person during this time and to enjoy his very dominant and prominent presence first-hand.

I’m A Tinman With A Rosy Heart

The first Half-Moon on the 10th of March activates his tenth and sixth houses. This means that his focus will be switched to professional and work-related topics. He will receive support from a female colleague, and possible romantic advances at his workplace.

His mind is not operating clearly during this time, however. Which is the possible reason for him needing backup and support at a workplace at this point in time.

Mercury is in fall in Pisces, but the Sun, Jupiter, and Neptune are in a tight conjunction, also in Pisces, in his seventh house. So, despite him not being verbally articulate and expressive as he usually is, he will be emotionally expressive and quite articulate in his physical expressions of the great love he feels for you.

Good ideas for dates include Netflix and chill, taking a carriage ride, horse riding, spending time with animals, and doing intellectual chores like accounting or something that has to do with numbers – that ought to relax his mind and keep it neatly arranged while this Mercury is in Pisces.

My Logic Has Failed Me, I Am Done For…

The Full Moon on the 10th brings possible trouble in paradise. It takes place in Virgo, his first house of self. And it opposes a giant stellium in Pisces – Mercury, plus Jupiter and Neptune conjunct the Sun. This means that he will feel as if his energy is being drained by the excessive emotional overload he’s been feeling in the last couple of weeks.

He just needs a good nap and some sugar in his system. But we’re talking about the Virgo man here, and we cannot trust him not to overthink or overcomplicate things. This is why it’s best to express your emotions and gratitude towards him, be as expressive in your emotional and appraising approach as much as you can be, and then give him space to digest everything.

He will feel as if he has forgotten about himself, or as he has overburdened himself with everything, but the truth is, he’s not used to this amount of emotional output, and he is a bit scared of all the changes and flying feelings that have been going on.

He will try to avert his mind’s eye from all that’s troubling him by burying himself in additional work. But he’ll lay off of that if he knows what’s good for him. Right now, he needs to relax and give himself time to adjust to everything. Keep that in mind as productive advice to fire his way when he starts wiggling too much and too often.

The end of the month brings refreshment and new beginnings. Mercury moves to Aries and conjuncts the Sun in the Virgo man’s eighth house. This means a clearer head on his shoulders, money gained through other people, and some very passionate inclinations.

Jupiter and Neptune are almost conjunct exactly in Pisces, and this brings an additional layer of romance and fairytale-like inclinations to his partnership. He is soft as a marshmallow right now, and you can play into his arms just by saying naughty things and staring at him with doe-eyes.

His health is also demanding attention, however. Saturn is wreaking havoc with Venus and Mars in his sixth house. So, although a possible promotion and salary raise are in view, he needs to take good care of his lymph system and teeth.

This is a great time to take a short trip to a fairytale-like setting, to visit an old cottage, or get creative with an Airbnb visit. There are a bunch of sweet accommodations around the world that can offer a scenic setting and cozy mood.

Going out for drinks in a new and scenic restaurant or bar can also be a very nice touch and a great idea for this period in time. Whatever you opt to do with your Virgo man during this transit, just be yourself and be emotionally available, that’s it.

And there you have it, my darlings, this month’s predictions for the Virgo man. What a nice month of spring awakening awaits him, how wonderful, I am truly happy for you.

Stay safe, have fun, and be positive; March is a promising month and it brings good things to those who have done good in the past. And to those who haven’t… well, it’s never too late to start fighting for the higher cause.

I write these articles so that they apply to everyone who is with a Virgo man. While generally correct, you could be feeling as if your specific situation was overlooked. I won’t have my dear readers left feeling this way without guidance.

I pride myself on my connection with my audience. I never want you to finish here feeling like you didn’t receive enough help in your relationship.

I created the VIP Consultation services in order to find those that need my one on one, personalized attention. It’s a way for me to get to know you and for you to gain personalized insight into your relationship.

Wishing you love and light on your journey this month with your loved one.