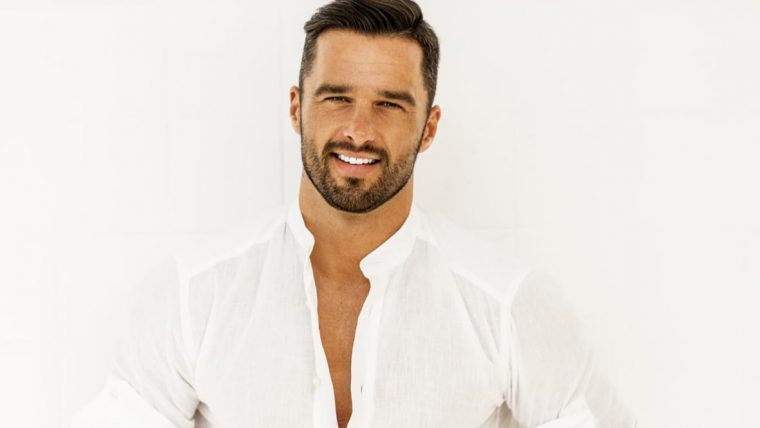 Hello lovely readers, how are you? I hope you’re feeling well as we begin our journey into the May prediction for the Virgo man, because boy, oh boy, is May an interesting month…

The beginning of the month puts a gorgeous highlight to the Virgo man’s love life through the mighty stellium in Pisces, and wonderful things are happening to his romance. His work and travel are also under good cosmic graces, so for the Virgo man, this start of the month screams “victory!”

The 9th of May brings leisure time and difficulty in exacting the basic tasks and obligations. It’s better to stay in bed with your Virgo man during this time and focus on light topics. He’s not in the mood for productivity or serious talk.

A Full Moon Eclipse in Scorpio on the 16th brings forth the force of final decisions concerning his relocation and permanent change of home address. His libido will be at an all-time high, so it’s best to solve emotional problems with physical exercise in the bedroom (wink-wink).

The end of the month brings forth a New Moon in Gemini and this marks a great rite of passage for his career and his public life. Plus, there’s the possibility of victory in court for the Virgo man, so all is really quite well in his garden…

All Is Well In The Virgo Man’s Garden Of Life

At the beginning of the month, there’s a strong stellium in Taurus, the Virgo man’s ninth house of long-distance travel. The Sun is conjunct Uranus and the Moon is conjunct the North Node, opposing the South Node in his third house.

This placement of the Nodes is somewhat easier on the Virgo man compared to the rest of the Zodiac, as it takes place on the ninth-third house axis, which is the “easiest” placement for the Nodes.

This means that possible relocation to a faraway location is in the cards for the Virgo man. If it’s not happening right now, then he’s thinking about it and he’s receiving offers that he will finalize once the North Node gets closer to Uranus.

His ruler, Mercury, is on the 1st degree of Gemini and this makes the Virgo man feel great, as Mercury is in domicile in Gemini, in the Virgo man’s tenth house. This means great news for his career, and he might receive some excellent news about his relocation if it’s tied to his job.

In other news, his seventh house of partnership and long-lasting love is blooming! There’s a mighty stellium consisting of Jupiter and Venus on the same degree, and Mars and Neptune getting closer to each other. This means that his love life is over the top right now, and he is making some serious plans for a shared life with his partner, and it’s possible that the plans include mutual relocation and starting a new life together.

Around the 9th of May, the Moon highlights his twelfth house of fears, illusions, and hidden enemies, and Saturn accentuates his sixth house of health and daily routines. This might put the Virgo man in a foul mood and unwilling to do much, not even his chores or obligations.

Venus moved to Aries, highlighting his eighth house of sex and intimate pleasures, and Jupiter is on the last degrees of Pisces, getting ready to join Venus. This might put him in an aroused mood, not wanting to do anything besides lie in bed with his lover or love interest and share some intimate moments.

Mars is getting closer to Neptune, so it’s possible for the conflict to arise during this period between him and his long-term partner, but it’s based on paranoia and differences of opinions that are actually illusions. So, it’s nothing serious.

Mercury is traversing through Gemini and it’s making very pleasant aspects with Venus, Pluto, and Jupiter, which means that serious fights aren’t a possibility right now, and there is some good news concerning his career and public life coming his way.

It’s a good moment to stay in bed and not do anything special or productive, instead dedicate time to just cuddling and enjoying the silence of each other’s company, or at least some small talk and light-hearted topics.

The Full Moon Eclipse in Scorpio on the 16th of May accentuates the Nodes of Destiny stationed in the Virgo man’s third and ninth house respectively, and this means that the final decision about relocation and changing his permanent address of living might take place.

Mercury has begun his retrograde walk and is coming back through Gemini to Taurus. This means that the fateful decision is closer than you think – prepare for serious changes in his daily life.

Both Venus and Jupiter are now in Aries, and this means that your Virgo man’s libido will be at an all-time high, and he will want to express his emotions through sex and rough intimacy. Especially, considering how Mars and Neptune are very closely conjunct during this time if you have a fight, it’s best to solve it with rough sex and handling in the bedroom.

Fortune conjunct the South Node is making it easier for him to make a clean break concerning his relocation decision. This is a good aspect for the Virgo man, unlike the rest of the Zodiac…

The end of the month brings a New Moon in Gemini in his tenth house of career and public image. Fortuna is conjunct the whole spectacle, so this really is a perfect time for his career to shine!

Mercury is retrograde in Taurus and it’s getting closer to the North Node. Now is not a time for permanent or sudden decisions – this is the time to let certain decisions lie. This whole retrograde walk is made easier by Venus moving to Taurus, the sign of her domicile, so she’s able to bring harmony and balance to all retrograde decisions he’s prone to making at this point in time.

Mars has also moved to his home turf, Aries, and is conjunct Jupiter there, this means great things for his sex drive and sex life in general, but also if he was in a court case – the victory will be his, especially concerning receiving other people’s money.

Vesta and Juno have both transitioned to Pisces, along with Neptune who’s a permanent resident there for some time now, and this makes for a good transit for his love life and relationships.

Read next: What A Virgo Man Likes In A Woman – It’s Not What You Think

At the beginning of the month, the Virgo man will feel very good and positive. The entirety of May brings changes in his daily life and commute, sure, but those are positive changes.

The middle of the month puts him in a lazy and unwilling to do his chores mood, thanks to the Moon-Saturn opposition taking place in his twelfth and sixth houses. But when the Universe closes a door, it opens a window – it’s a perfect time for cuddles and for silent intimacy between the sheets.

The end of the month brings forth an inclination for rash decisions, but also it brings the possibility to remain on the right track for his future, and it draws monetary gain to the Virgo man’s life. It’s a perfect time for some excitement in the bedroom and travel to higher dimensions through the power of orgasm.

Are you looking for more ways to make your Virgo man your forever love? Or do you feel like there are still some bumps in the road with your Virgo guy? I’ve still got a few spots left for my VIP consultation where I can answer all your personal questions in love and life. Check it out right here.

All the love and happiness in the world.