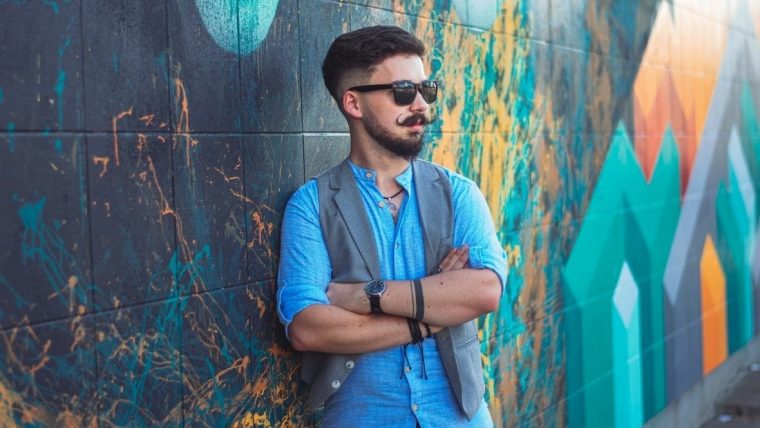 Hello, dear readers! How are you? Summer is fast approaching and it’s time to dive into the Virgo man’s monthly predictions for June.

The first week of June brings a lot of halted situations and mental frustration to the Virgo man’s life, however, his overactive and bombastic eighth house comes to the rescue. He will have a lot of fun fulfilling his sensual (and sexual) fantasies during this period.

The next week of June will find him with an over-packed schedule and completely stressed out. This is not simply because of all the obligations and chores he has, but because of his emotions too. The Sagittarius Super Full Moon will make him feel things more intensely than he’s used to. He will need a trusty confidante to be his shoulder to cry on…

The third week of June is asking him to unwind, relax, and enjoy the intimate moments with his lover. It’s also a good time for a health checkup, and for heeding someone else’s advice besides his own.

The final week of June sports a New Moon in Cancer, in his eleventh house. This will make him more sociable, whether he wants it or not, and a female friend will seek his advice on love matters. There’s also a possibility of him adopting a puppy or a cat.

All I See Is Red

The first week of June can feel like many restrictions and karma that are placed on the Virgo man’s shoulders. He can feel as though his goal is in sight, but it’s as if there’s an invisible hand preventing him from reaching that event horizon.

If he was planning a move, or he had plans to move abroad, those plans are now either halted or got seriously complicated. In turn, the Virgo man finds release through sex and kinks, as Mars conjuncts Jupiter in Aries, his eighth house of carnal desires and lust.

His love life is still under the dreamy and idealistic influence of Neptune, but now, with Jupiter in Aries, the events take a more tangible and raw turn. The Virgo man is seeking to make his fantasies and desires corporal, and his pursuit of it will take his mind off the other more unpleasant realities of life.

This first week of June is an excellent time for him to sleep and rest more, examine his inner workings, as well as switch up his daily routines, and go out of his way to do something pleasurable and relaxing.

When the second week of June comes, the Virgo man will be focusing on his daily routines, balance, and harmony. His plans are neither halted nor complicated anymore, thanks to Mercury turning direct and Venus conjuncting Uranus.

During this time, his move abroad will be finalized, or he will finally heed the wise advice and take the vacation he’s been putting off for so long. If that’s the case, then this is a perfect opportunity to indulge in sunny and healthy activities.

Towards the end of the second week, there’s a Super Full Moon in Sagittarius in his fourth house, and he is asked to balance his work and family life. There’s nothing the Virgo man can’t do when you give him accurate data, so you can rest assured that he will manage to make a hefty schedule and please everyone.

…Which is not so good for him. He should seek his own pleasure and satisfaction, as well as mental stimulation. So, it would be good for him to reactivate some of his old hobbies, to let himself feel however he feels, and to talk about his feelings with someone who can understand. This is quite an emotional week for a rational Virgo man – he will struggle, for sure.

If I’m Not Dead, I’m Thriving

The third week of June puts your Virgo man in a better mood thanks to the Moon conjuncting Neptune in his seventh house. He will seek romantic outlets and dates. Now is the perfect time to get the Virgo man to accept his own feelings; to thrive and let himself feel joy for himself and no one else.

He will be more prone to dreamy moods and spacing out. Going out in nature, or to the cabin in the woods, is the perfect activity for the third week of June. Even going to a spa or hot springs for a day or two can be healing for his body and soul.

The Virgo man is asked to take better care of his health and body during this transit. So, he should schedule a systematic checkup if he hasn’t already, and he should follow the doctor’s advice in order to relieve some of the muscle (and nerve) tension he’s experiencing.

Back To My Usual, Anxious Self

The fourth and final week of June puts the Virgo man in a good mood. Almost all areas of his Natal Chart are relieved from tension, and he is free to be numb – just how he likes it. He will use this final week of June to play video games, drink beer, and relax on his own terms and in his own time.

He is feeling pretty good about himself, and he is researching topics that interest him. He will have the need to communicate his findings, so it’s a perfect time to have relaxing talks on the porch, or in restaurants that are located in deep nature.

Towards the end of the month, there’s a New Moon in Cancer, in the Virgo man’s eleventh house. This means that his friends and social life will suddenly take an emotional turn. He might opt to adopt a puppy or a cat. A female friend will seek his advice and she will make him ponder his own emotions.

Towards the very end of the month, he’s back to his overthinking self, and he is slowly seeping back into his natural, miserable state. All is well with the world; after all, he is overly suspicious of prolonged periods of a happy time. He, unfortunately, feels more “at home” when he is suffering from anxiety.

Read next: How to Get a Virgo Man to Open Up and Share His Feelings

Nothing new in the Virgo man’s world – same old, same old – karmic debts, halted paperwork, anxiety, and (forced) vacations and prolonged weekends. Even when he’s supposed to be enjoying himself, he’s worried about something!

All in all, the Virgo man will have one of the less turbulent and more pensive months, but he is advised to get an obligatory health checkup and to spend more time in nature and surrounded by animals.

If you want to find out more and see what else June can bring to your shared table, then find me here and book your very own, and fully personalized reading.

Until next time, my darlings!