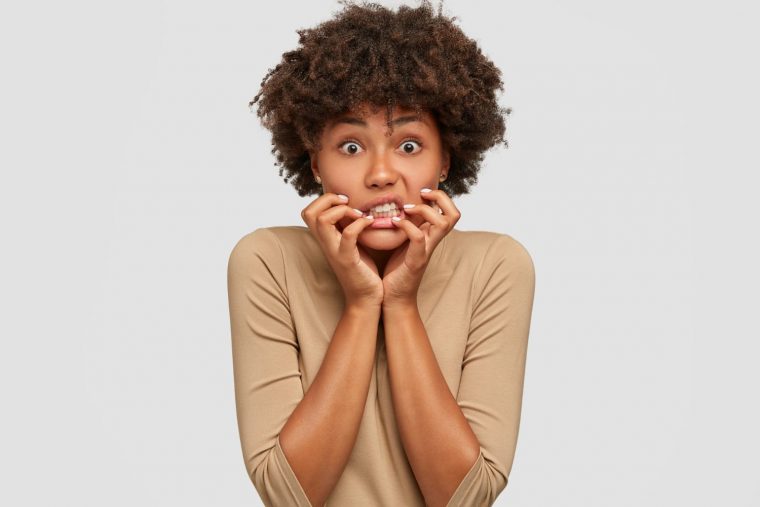 You’re watching a Virgo man from afar or maybe you’re friends with a sultry Virgo man, but aren’t sure what you can do to show him that you like him. Well, I’ve got fantastic news for you!

I am going to help you take the right steps to show a Virgo man you’re interested – without pushing him away. The Virgo man is a particular guy and dating him isn’t always easy. Keep reading to take in all the help you can get! 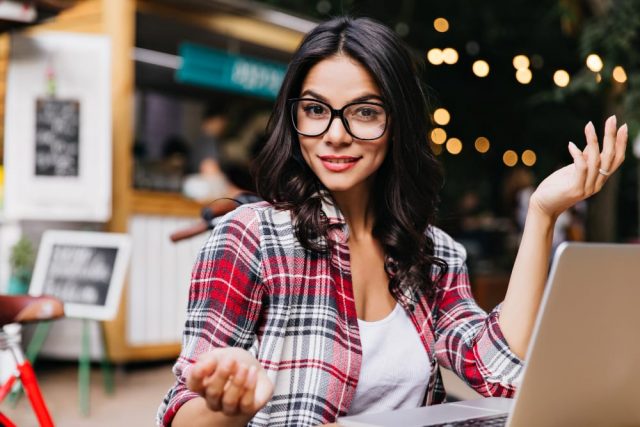 I’ll be straight with you –the Virgo man is pretty picky. They like women who are classy, cute, and beautiful. He wants a woman that he can have fun with on outings. If you’re finding yourself drawn in by a Virgo man, you need to dress the part to get (and keep!) his attention.

Keep it nice and classy. He’s after the woman who dresses her best, or dresses for the role that she’s playing.

If you’re going to a nightclub or bar where you know he hangs out, wear something that is just eye catching enough, yet doesn’t reveal too much. Have your hair done, make-up subtle, and clothes neat.

In order to get his attention and let him know you’re interested, you’ve got to show him who you are on the outside, so that he can determine whether or not he wants to dig in further with you.

Whether you are across the room or you’re talking to him casually – you need to make serious eye contact. I wouldn’t stare too much, but look at him in the way that you’re feeling. Flash him a genuine smile while you’re at it!

Many Virgo men are rather shy. If you notice that he begins to make eye contact with you or is staring at you, he’s attracted to you. And when you can tell that this is happening, you’ve got to act on it!

You need start some conversation with him that will allow you to come closer to him, and take any opportunity to place your hand on his hand while talking or laughing at a joke.

Don’t go overboard when laughing at his jokes though. He’s very analytical and he’ll be able to tell when you’re faking it. Give him your full attention and keep it genuine! 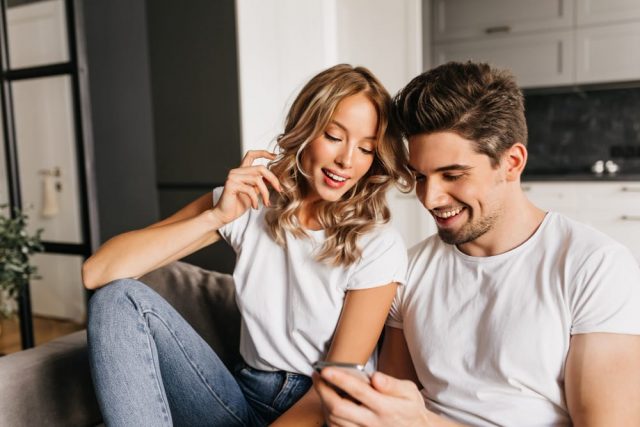 This intellectual guy is interested in stimulating conversation. Try talking about the latest news, weather, politics, etc. Whatever he seems to be reactive to is what you should talk about more.

You can (and should!) also talk about activities that you both like. This helps open up the opportunity for future dates. Yep, this is one way to go for it with the mighty Virgo man.

He loves to have fun, and this includes talking about interesting things. It opens a door for you and makes him think about you more. You’ll get him thinking about you and wondering about who you are, where you come from, and what makes this incredible woman!

I mentioned jokes earlier. If you’re good at telling jokes then go for it – he’ll eat it up! If you can’t think of any, ask him if he knows any good jokes. He might surprise you. The more you two laugh together, the more enamored he will be.

Make interesting small talk. Ask him what his hobbies are. Find out what he does for a living and if he enjoys it. There is always the standby of asking favorite foods, music, movies, and other recreations.

I would not talk to him about his personal life, however. He will not be too keen to open up to someone he doesn’t know yet. Try to keep it light, easy, and fun. That will stimulate him far better.

You won’t want to get too serious about your personal life either. That’s heavy stuff that needs to be saved for if you two get closer. He wants to have fun with you, not know your life story (yet!).

I did ask a Virgo man about this topic and he said that he likes it when a woman asks him to go do something fun. Ask him to go on a group outing, like a barbecue, a concert or something such as that!

You can also ask him to go grab a coffee or drink where live music is playing. He loves live music. He’s an artsy kind of guy so this will be loads of fun. If you aren’t sure where to go then ask him where he likes to go.

You can also ask him if he knows any good bands playing locally and if he’d like to go with you. You’re not asking him on a date, per say… you’re asking him to go have fun with you.

At first, he may see this as friendship that is beginning. Then again if he finds himself already into you, he will see this as a starting point of possibly dating. I have to tell you that Virgo men can be oblivious when a woman likes him.

When you are doing the things I’ve mentioned, you’re going out on a limb and he’s seeing whether or not he wants to have something more with you. This is an excellent way of doing it without scaring him off!

5. Tell Him The Truth

This can seem tricky because Virgo men do not like it when a woman is aggressive. However, he will appreciate her when she’s open and forthright. You need to tell him that you dig him.

You don’t need to deliver it in a way that pressures him. Just be cool, calm, and collected. Tell him that you think he’s a great guy, that you’d really like to get to know better.

Tell him that you are attracted to him and find him really interesting. You can say you’d like to talk to him some more. This is the most direct and obvious way you can let him know your intentions.

Once he knows your feelings, then he can decide if he’s into it and also wants to get to know you, or he might tell you that he’s not really looking to date anyone. He should be pretty upfront with you once you’ve done it for him.

He will very much appreciate this approach, because it’s better than a woman trying to chase him. He’s not one to be chased. It turns him off and freaks him out.

Virgo men like a very easy flowing path with a woman. It will absolutely show you whether or not he likes you and whether or not it has the possibility to go somewhere!

Read next: Hot and Cold Virgo Man: Why and What You Can Do

Virgo men are rather old fashioned. They prefer a classy woman who knows how to talk, walk, and have a good time. He’s the type that would like to court a woman rather than dive straight into the goal line.

Keep this in mind, because he is in no hurry. He will want to take his time and get to know you as much as he can before he decides to ask you to officially be his woman.

This man is normally worth all the effort. I know it seems like a lot, but this is the only way to get through to a picky Virgo man who is always on guard. He’s overly analytical, so he tries to break down everything you say in his head.

This is why it’s not wise to talk about anything personal upfront. He’s likely to make decisions prematurely that can hinder your chances to really get to know each other.

If he asks you specific questions about your past then by all means, you can tell him, though I would be discreet about just how much you tell him for the same reasons I just mentioned.

Sometimes the Virgo man can place judgment without having fully gotten the picture of who you are. He finds something he doesn’t like and then poof, you’re out. Just relax and have fun with him.

I hope this has been helpful for you. I certainly wish you all the very best. Virgo men can seem difficult but they are a treasure that you have to dig for.

And if you want to know more about the puzzling Virgo man, then you’ve got to check out my blog, Virgo Man Secrets. Check it out here!

Were you able to get a Virgo man via these tactics or do you have some of your own that I didn’t mention? Tell me, I’d love to hear it.