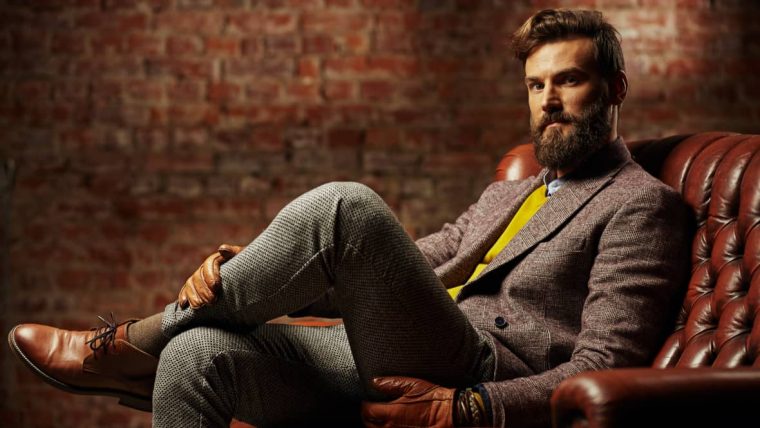 Hello, darling readers, how are you? All’s well, I hope because you’re just in time for this month’s predictions… Let’s dive in!

The New Moon conjunct Mercury in Aries at the start of the month makes the Virgo man braver than he usually is, and his tongue will be both faster and sharper, both literally and verbally. Make of that what you will – you’ve been warned!

The end of the first monthly quarter brings heart-shaped glasses to the Virgo man’s eyes, thanks to the Moon in Cancer and Venus in Pisces. What’s more, Venus is fortified by the Jupiter-Neptune conjunction, so the Virgo man will definitely cast all of his energy and thoughts into his (long-term) relationship.

The Full Moon brings blessings to the Virgo man’s door, and Mars joins the party in Pisces, his seventh house. This is the right moment to confess your feelings and to share intimate moments together! Go kayaking or fishing together, watch an ocean-themed movie, buy a fish together, or draw your feelings to each other.

The Black Moon brings a bunch of blessings to his door! It takes place in his ninth house of religion, philosophy, and long-distance travel. This means that he might change his residence or move (far) away from his current place of stay. Whatever happens, he will include his lover or love interest to be there with him, through it all.

How Brave Of You

And in his seventh house, Jupiter and Neptune are getting inevitably closer, blowing things out of proportion and making them magical. Venus, Saturn, Juno, and Mars are all cohorts in Aquarius, his sixth house, so it would be wise to practice extra safety in all things and activities that concern health.

The Virgo man is going to have a very active beginning of the month. His mood will be romantic and sappier than usual, he will probably come to change some of his dietary and living habits, and there might be a change of management at his work.

He should watch his stress levels, but more than anything he should not let emotions pent up and build inside, instead, he should let it all out, or let it hang. The beginning of the month is good for dates that include adrenaline-rushing activities, sensual play, and adopting healthy habits together.

What A Lovely Time To Be Alive…

The end of the first quarter puts the Moon in Cancer, its domicile, and the Virgo man’s eleventh house of friends and noble causes. Alas, this Moon makes an opposition with Pluto in his fifth house, so him realizing he has emotions for a person from his friend or colleague group is very possible.

Mercury is still in Aries, but it’s closing in on its last degrees preparing to move to Taurus, so his tongue and his tone are both still very much sharp, however, his voice and inner monologue are calming down.

Venus has entered his seventh house and Pisces, Jupiter, and Neptune are in exact conjunction, this means that his partnership and long-term relationship are going to flourish now! It’s a great time for all kinds of dreamy and romantic activities.

If you can’t be physically next to each other, then instead share videos and photos, intimate feelings, and thoughts throughout the day to allow this aspect to bring you closer and for you two to go deeper than ever before.

A Full Moon And Lungs Full Of Love

The Full Moon in Libra, on the 16th, activates the Virgo man’s second house of finance, while the Sun activates his eighth house of transformation. Considering that the Moon is in Libra and the Sun is in Aries (where it’s exalted), this is a perfect transit for some gentle and sweet love-making.

Mercury has moved into Taurus and is conjunct Uranus; the North Node is drawing nearer Uranus, and this makes his ninth house overwhelming and powerful. He is prone to questioning his place of living and contemplating moving to a completely foreign country, or at least a very faraway place from his current residence.

Now, Mars has joined Venus in Pisces as well. Jupiter and Neptune are still conjunct on an exact degree, and this makes for a powerful passage for his seventh house of balance My, oh my, there’s a lot going on in his love life right now, and most of it is overwhelmingly good!

Now is a perfect time to confess your feelings, to share your deepest and darkest fantasies with him, and to tell him all the sweet things you’ve been holding in for this or that reason. The Virgo man is finally going to be decisive and brave in love, and it’s going to be beautiful!

The end of the month brings forth a Black Moon – the second New Moon of April – and this one takes place in his ninth house of purpose. What’s more, this New Moon conjuncts Uranus as well, so you know it’s going to be bumpy and unpredictable no matter what you do, or what he has planned.

Mercury moved to Gemini where he feels best (in his tenth house of career and public image), and Jupiter and Venus are conjunct on the exact same degree in his seventh house of balance! This means that there’s good news on his professional front, as well as his love life.

The Virgo man is feeling energized, mentally sharp and quick, and very romantic during this period. Jupiter is bound to bring him luck not only in long-lasting love but also financial gain, especially paired up with the New Moon conjunct Uranus!

This is a perfect time to wing it – have no plans, you need no plans. Just vibe and go with the flow, it’s your time to feel yourselves, and to have fun while doing so. Don’t judge, just enjoy.

Read next: 5 Ways To Keep A Virgo Man Interested For A Lifetime

The Virgo man is going to be in an extra-sensitive and emotionally open mood during April. In the beginning, he will have a high libido and desire to do good and act out his machinations and plans he has been keeping bottled up.

In the middle of the month, he’ll feel more solemn and calmer, but that’s just calm before the storm… His mood might be more pensive, that’s because he’s digesting all of the emotions and new revelations he is feeling.

At the end of the month, he has a new beginning. He might suddenly move or change his address, and he will most definitely have a lot going on in his love life. Jupiter conjuncts Venus in Pisces where both of them feel extra good. Whenever that happens great things take place, and this falls into his seventh house of marriage and long-lasting love. You do the math…

I know that it can feel impersonal just to read my general advice on my horoscopes. If you ever feel this way then take advantage of my VIP Consultations. I created them so that I could get more in touch with my followers, one to one. Move fast to book a spot though!

Wishing you a wonderful April full of love and light. I’m looking forward to seeing you here again next month!