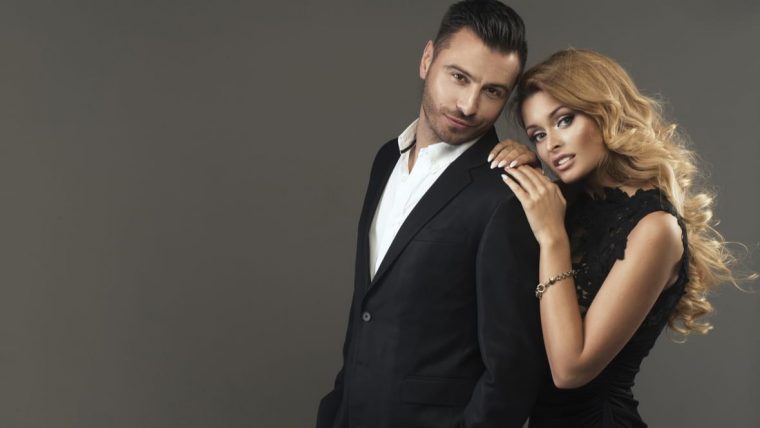 Hello my lovelies, how are you? Great, I hope. Now, let’s see what awaits the Virgo Man in this spectacular final month of 2021.

The beginning of the month will force family topics and home matters on the Virgo man. This is not to say that he won’t be romantically active, not at all.

But not all is ideal either, as Neptune makes a hefty sextile to his fifth house placements. That means that his romantic communication won’t be clear and direct, but rather, he’ll resort to some half-truths and white lies to get his way.

Midmonth catches the Virgo man off guard with some strange piece of news coming from abroad. What’s more, it’s a very prosperous time for dates which include historical sightings and antique shops. Sometimes a piece of history can give inspiration and courage to be better selves in the present.

The Full Moon will see Virgo man cut ties and end relationships that were long due. He’ll also be quite romantically inclined, and he’ll feel the need to confess his sins and come clean to his love interest. Prepare for some serious talks and lengthy conversations. Team No Sleep!

The end of the month puts the Virgo man in a stellar mood. All his affairs are in order, and he (finally) feels happy enough to get in a festive mood and celebrate. All’s well that ends well, how they say…

1. Cleaning Out His Closet

At the start of December, the Virgo man will have his fourth house of home and family life highlighted. This means that he’ll be asked to participate in family activities and deal with some family matters.

What’s more, he’ll be forced to communicate his inner musings, feelings, and intrusive thoughts, and he might find that tiring and mentally exhausting. His stamina bar may be low at this time.

He will seek pleasure and a good time as his fifth house sees serious action through the Venus and Pluto conjunction. But that’s not as clean-cut and pristine as it seems to be. Both Venus and Pluto make a powerful sextile with his Neptune in Pisces in the seventh house.

This means that he may opt for some “white lies” and promises that he can’t fulfill later on, just so he can receive some instant pleasure and gratification. It’s not something that will bring him long-term happiness, but hey, who am I to judge?

As the final month of this year progresses, he will feel prompted to take his love matters more seriously.

Midmonth brings clarity to both his fourth and fifth houses. This means that he’ll be forced to say the truth, the whole truth, and nothing but the truth! Be it pretty or not.

Romantically speaking, occurrences that take place during this time in his love life are all karmic. That is to say, predestined and unavoidable. The ‘finger of destiny’ is moving, and where it lands, the pieces will be set in motion that cannot be undone.

The good thing is that luck will be on his side, so telling the truth and coming clean will be rewarded. He will want to see his other half and spend time with his love interest.

The time for him to pick sides and say his emotions blatantly has come. It’s a good time to go out and about in nature, to visit historical places and antique shops. These places that carry ancient energy will help him come out of his shell and give him the courage to say what needs to be said.

He’s been idolizing his partner or love interest for some time now, and the idealized façade has been crumbling beneath his critical eye. It’s not an emotionally easy time for the Virgo man, as he has a lot to come to terms with.

He’ll receive some unexpected news from abroad, which could be concerning his long-lost relative or some piece of property. This will influence his future travels abroad, and it holds romantic potential for a short getaway.

3. Honesty Is A Virtue

The Full Moon on the 19th happens on the cusp of his tenth and eleventh houses and illuminates his public image and social life. What’s more, this lunation casts light on both his home matters and romantic life.

The Virgo man will feel both stretched out on the outside and empowered from within as we observe powerful conjunction taking place in his fifth house during this Full Moon.

He’ll seek clarity and a conclusion when it comes to his romantic life. Venus Rx conjuncts both Pluto and Fortuna. This means that the events that take place now will have long-term effects.

One of the two relationships which he’s been maintaining may be cut off. What’s more, he’ll realize his true feelings and undertake the necessary steps to follow up on those feelings.

It’s a good moment for honest and direct talks. Spending time on neutral territory and talking openly and honestly will be good for his soul. He will feel an irresistible urge to make calls and arrangements for dates at this time. So be on the lookout for his invitation.

The end of the month and this year is upon him. Good news arrives! Luck is (finally) on his side, and Jupiter, the planet of fortune and expansion, finally moves back into Pisces and his seventh house.

This means that all that emotional turmoil and wretched times have come to an end. From now on, only good times and productive emotional development await. The Virgo man finally has some luck on his romantic horizon.

He will want to celebrate New Year in a more private setting, away from crowds and unnecessary risk-taking in the form of social mingling.

Not only that, but he’ll prefer to have some private and cozy time with his partner or love interest for him to get to know his object of affection better. Now is the time for laying happy foundations for the future.

The Virgo man will feel ecstatic and happy as he hasn’t felt in a long time. There’s going to be a lot of communication during this time, and he’ll feel as if he’s on top of the world because he has managed to overcome a large hurdle that was set in his path.

He might overspend at this time, not because it’s the holidays and he got carried away, but because he feels as if a great weight has been lifted off his chest and he wants to celebrate. Which is something he might not say out loud, not at all.

Read next: 6 Cons To Dating A Virgo Man: Things That May Turn You Off

There you have it, ladies – a satisfying crescendo to a ‘recovery’ year. Hopefully, this forecast brought you peace of mind, and you’re able to breathe freely now.

Some of these transits are going to feel different for individuals than I have explained here. While generally accurate, these predictions don’t reflect the entire depth of information found within your partner or love interest’s birth chart.

I noticed this and saw a perfect opportunity to bond more with my readers. As a result, I created the VIP Consultation service for my readers who desire one on one consultations with me. It’s a way for me to get to know you and for you to gain personalized insight into your relationship.

Wishing you all the luck in the Universe,