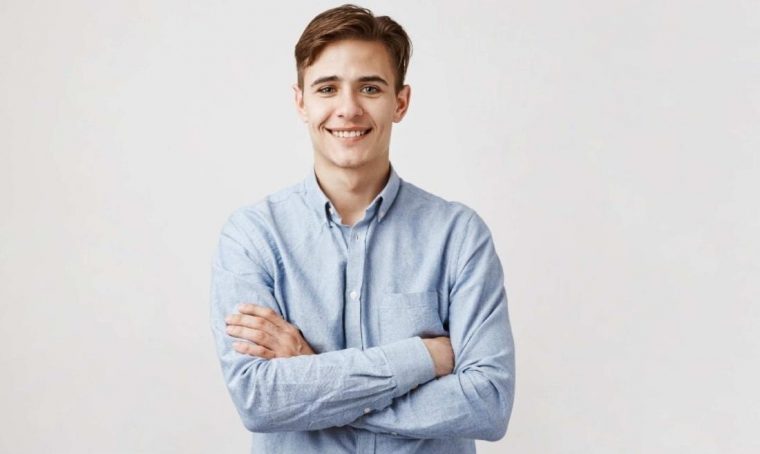 Hi there, my darlings, how are you? The new year has come and it’s here to stay; but so are we. I come bearing gifts in order to help you prepare better for this starting month of the new year.

The beginning of the month, together with the New Moon makes some wonderful aspects for the Virgo man’s love life and pleasure. The Virgo man will want to spend time with his lover or partner, and he’ll want to indulge in his favorite activities that include a lot of mental power.

The first trimester puts him in an emotionally sensitive and nostalgic mood. Watching old movies and listening to decade-old songs can bring forth an avalanche of feelings from him. Collect small things and enjoy mutual conversations, this is the time to make precious memories together.

The Full Moon happens during Mercury and Venus retrograde and activates his houses of work and pleasure. There’s a lot going on right now, and most of it has to do with the past. Take things slow and take some time apart.

The end of the month puts things straight that retrogrades have messed up in his life. The Virgo man is headed back on the right track and he is feeling grateful. It’s a good time for some mutual activities that include historical value and expeditions into the past; whether literally or metaphorically remains to be seen….

The beginning of the year and the New Moon bring good news to the Virgo man’s health and love fields. His ruler, Mercury, finds itself on the 0th degree of Aquarius conjunct Albiero, a fixed star which will give him fuel to soar to greater heights and fulfil most of his aspirations in January.

Jupiter is also on the 0th degree, of Pisces and it colors his seventh house of love and marriage splendidly! Both rulers of his seventh house (Neptune and Jupiter) are in their own domicile and there’s a positive influence of Enif, a fixed star that brings fairytale-like partners.

Pallas is there, too, she is on the Cancer degree, thus enhancing his emotions and emotional openness to new experiences, feelings, and partners that are destined to come into his life.

If he’s already taken, the relationship will experience its all-time high with Jupiter’s appearance. Combined with the Capricorn stellium and the New Moon happening in his fifth house of pleasure, the Virgo man can expect a lot of nice and happy moments during January.

Some wonderful ideas for romantic activities are watching fantasy movies, going book shopping, spending time in libraries or book cafes, and having imaginative conversations deep into the night. The Virgo man loves nothing more than a smart woman who can hold her own in a conversation with him.

Since he’s also a history buff, go with the flow when his activity recommendations are in question. He might recommend some unconventional activities that might seem boring right off the bat, but if you allow yourself to be drawn into his world, you might get pleasantly surprised, and your bonds will grow stronger.

The end of the first third of January really puts the Virgo man in a sensual mood. Venus is retrograde and conjunct the Sun and Juno on very pleasure-sensitive degrees; Jupiter has moved to the Taurus degree. Combined together, this all puts him in a very wanting and romantic mood.

The Virgo man’s sixth house is also highlighted with his ruler Mercury conjunct Saturn in Aquarius. Mercury is also on a very sensitive degree, as well as Saturn. It’s as if the stars have perfectly aligned for him to fall in love and experience the butterflies in his stomach.

The Moon, at this time, finds itself in Aries, in his eighth house of sex and fetishes, and its dispositor (Mars) is in Sagittarius, in his fourth house, so it’s very possible that he will open up about his family, childhood and growing up. There’s a lot of emotional growth and healing going on for him at this time, so use it wisely.

Good activities for this point in time are cozy nights spent under a warm blanket going through old photo albums. Writing each other poems and long messages, buying flowers or potted plants for each other, and going for outdoor walks near a shore.

Collecting pebbles and pinecones during your walks as small mementos of your time spent together and meaningful conversations can be a perfect activity for this emotionally vulnerable time (for him).

The Full Moon on the 17th of January illuminates the Virgo man’s eleventh house, but nothing much other than that is happening there, it’s quite possible he’ll go out and about with some friends, but more important things are happening in his fifth and six houses.

Venus is Rx on Aries degree in his fifth house, and Juno and the Sun are both conjunct Pluto. This means that some old lovers will come back in his life, or at least try to come back.

This is not particularly productive or good for Virgo man, as his ruler Mercury has also turned retrograde and it’s on its way backward in his house of daily routines and health.

All of this means that even if he takes that old lover back, it’s not for the long run, and it’s just so that both of them may clear away karmic ties and residue. And it’s certain that this romantic “interruption” will wreak havoc in his daily life.

It’s also possible that he’ll experience a lot of friction and stress at work, and that might influence his immune system and overall health. This is the time when he should retreat into his own presence, practice solace, deep breathing, and mindfulness.

Good activities for this point in time would be avoiding quarrels, staying out of each other’s way, and putting your emotions down on a paper in order to let them clear out and find their natural flow once Mercury and Venus turn direct again.

4. Good Karm Comes Back Around

The end of the month puts the Virgo man in a very romantic mood, only this time the fog has cleared and he’s thinking both practically and romantically. Mars conjuncts Venus (that has turned direct), Vesta and Vertex, and Mercury, although still Rx, conjunct Pluto and brings forth deepest emotions and needs to the surface.

Jupiter finds itself on a very partnership-prominent degree and enhances the light his seventh house receives. This means that everything that happens now in his love life is there to stay in the long run.

His sixth house is also illuminated by close conjunction between the Moon, the Sun, and Saturn, and this means that things at work have improved for him, and his stress levels have gone down, thus his overall health is on the positive rise.

This entire transit is looking good for him, so it’s good to consider mutual activities like visiting old castles, historical monuments, making Pinterest boards of old houses that have historic importance, and watching documentaries.

It’s a very good end to the first month of 2022, and the Virgo man feels lucky, for a good reason, too. The planets are on his side and they are bringing him long overdue luck in major fields of his life.

Read next: 8 Secret Ways A Virgo Man Expresses His Love

There you have it darlings, I hope this prediction guide was helpful and it brought you some good news.

Some of these transits are going to feel different for individuals than I have explained here. While generally accurate, these predictions don’t reflect the entire depth of information found within your partner or love interest’s birth chart.

I noticed this and saw a perfect opportunity to bond more with my readers. As a result, I created the VIP Consultation service for my readers who desire one on one consultations with me. It’s a way for me to get to know you and for you to gain personalized insight into your relationship.

Stay healthy, stay well, and stay sparkling, until next time!

How To Make A Virgo Man Miss You

How To Make A Virgo Man Fall In Love With You

5 Ways To Keep A Virgo Man Interested For A Lifetime