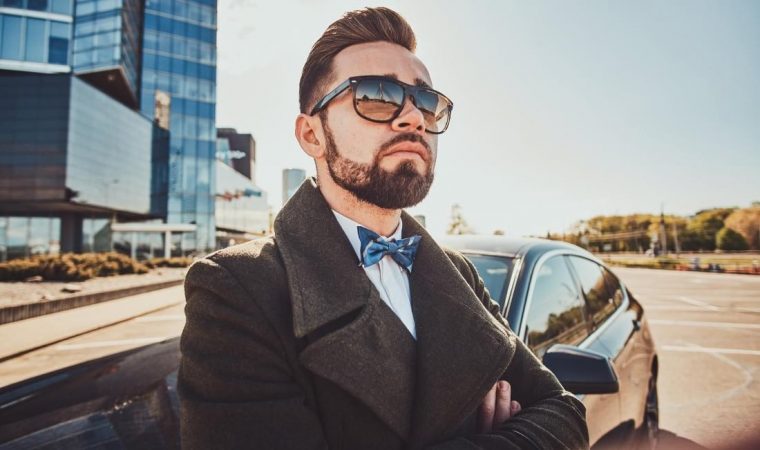 Hello, darlings, how’s life treating you? I hope all is manageable and going fairly well for you because I’ll need you to focus on the Virgo man’s predictions for the next while. September is here, and harvest season is Virgo’s season, so he gets an honorable mention this month!

The first week of September puts a glorious accent on the Virgo man, through his body, habits, and sense of humor. He has luck with the ladies, and although he might be the last to notice it, he will be in a charming and talkative mood during this first week. His libido will also be quite high, so you can work that angle with him as well.

The second week brings forth a lot of social and internal work for the Virgo man. He’ll fall back into his pattern of biting his nails or picking his skin thanks to all the changes and events that will take place around the Full Moon in his seventh house of relationships (with other people). Stress overload is the topic of this week.

The third week of the month will be especially hectic for the Virgo man; he’ll be pulled in all directions, and his obsessive overthinking will go into overdrive. Now is the time to pay him attention, to be there for him, and to praise all his acts of service and small things through which he pays homage to his loved ones.

The fourth and final week holds a key to renewal and new beginnings for the Virgo man. There’s a positive New Moon in Libra on the 25th, and before that, the Moon will cast a light on his confidence and beauty (both within and outside). It’s a perfect moment to have quiet dinners together and to share what you’re grateful for.

The Unwilling Star Of The Show…

During the first week of the month, the Virgo man’s focus will be on himself, his needs, and his body – naturally, as both Venus and the Sun are in his first house of self. His financial flow will be good as well, and his sex life will be on the rise.

This is a perfect opportunity to get to know the Virgo man better, and at his best. It’s rare that he feels (this) good and positive about himself, and what’s more, his libido and flirtatious side are unobstructed by compulsive and obsessive thoughts. So, this marks a perfect chance to get to know him better and to get under his skin.

This is a great time to grow his communication skills, to be relaxed in female company, and to be cheeky as he knows to be when he’s with his friends. It’s a great time for stand-up comedy dates, candlelit dinners, and discussions about bizarre phenomena he took notice of during his frequent daydreams.

This is also a great time to ask him about his gym membership and to let him talk about healthy diets, discipline, and a “natural” way of life. He is braver and more talkative than usual, so make sure to use that to your advantage!

A Full Moon And A Full Plate

During the second week of September, the Virgo man’s focus will shift to his daily routines, work, and his lover or partner. He might be asked to retrace his steps concerning some daily issues, which may be work-related (HR) or health-related. Either way, he will have to be extra patient and careful.

When the Moon transits to Pisces, he’ll feel that more than other signs as it will cast a heavy light on his house of love and partnerships, and just with his lover or partner, but with other people in general as well.

On the 10th, there’s a Full Moon in Pisces conjunct Retrograde Neptune, this can bring forth some hidden enemies for the Virgo man that will need a swift dealing with. This can also cast a light on his internal issues, or issues he has with his lover or partner but doesn’t talk about.

Thanks to the energies of the Full Moon, the atmosphere will feel culmination-like, and the Virgo man will be forced to deal with more than he can chew. So, he’ll be back to his overthinking, stress-eating, and perhaps even balding. This is a good time to let go of any unnecessary people and drama, make peace with one’s flaws, and speak one’s emotions out loud, no matter what.

During the third week of September, the Virgo man will deal with the aftermath of the Full Moon, and instead of having an easier time and lighter mood, his ruler – Mercury will accentuate its Retrograde state which will, in turn, make the Virgo man second-guess all of his decisions, thought processes, and emotions.

His focus will be on his career and public image, mostly. But he will also begin having doubts and ill thoughts about himself and his emotions, thanks to the exact opposition between the Sun and Retrograde Neptune.

There’s a lot of work for the Virgo man to do, and not just outwardly but also inward, during this third week. This is a time when he is asked to review his lessons, check in with himself and his health, and work on his confidence.

It will mean the world to him if you take notice of the small things he does, and all the ways in which he cares for his loved ones and others. If you praise him for it, not only will you elevate his gloomy mood, but also get one step closer to his heart.

The fourth and final week of September casts a focus on himself and his finances. The Virgo man will receive a necessary boost in confidence and positive thinking thanks to the Moon conjuncting Venus in his first house.

This will be a good time to ask him out on a date, cuddle, share in pleasantries, and even go shopping for cosmetics, or go together to a spa or a massage parlor.

On the 25th, there’s a New Moon in Libra, his second house, and this New Moon also conjuncts his ruler that has digressed back into his sign. This will be a powerful transit that will give the Virgo man back his power and a sense of luck.

This is a perfect time to talk about your job ideas together, discuss saving plans, go out for dinners, eat fine foods and drink bubbly drinks. The atmosphere will feel celebratory, and although you might not know what you’re celebrating, it will be a great time to be together and to be alive.

It’s a good moment to give thanks, say what you’re grateful for out loud, and share in your blessings together. The tides are changing for the better, and just being there for each other and with each other can sometimes be more than enough cause for celebration and gratitude.

Read next: 5 Things A Virgo Man Loves To Hear From A Woman

There you have it, darlings, the Virgo man’s September in a nutshell. He’ll feel both positive and enthusiastic, as well as challenged during this harvest month.

It’s up to you to elevate his mood and brighten his spirit when he hits a low, and share in his gratitude and affection when he gets back up.

Are you looking to deepen your relationship potential with your Virgo man but you’re not quite sure how to go about it? Then why not take a look at my VIP consultations. Let me help you get the love life you deserve using my knowledge in Astrology.

Wishing you so much love and happiness!

One thought on “Virgo Man Predictions For September 2022”